Each part of the world has its own unique beauty and the cold north is no exception. The settlement of Barentsburg is the second largest settlement on Svalbard with about 500 inhabitants. The largest settlement and the administrative center is Longyearbyen which has only a couple of thousand inhabitants. Svalbard is also known by its Dutch name Spitsbergen. These islands are situated in the Arctic Ocean about midway between Norway and the North Pole. GPS =78 3'54" N 14 13'30" E
Barentsburg is a coal mining town conducted by the Russian company Arktikugol since 1932. Therefore most of the inhabitants are Russian and Ukrainian. The coal operation has declined over the years. In its heyday there were over 1,000 people living and working in Barentsburg.
While Svalbard is under Norwegian sovereignty, has a Norwegian mail address, and Norwegian phone numbers,  there was the unique Svalbard Treaty of 1920 which allowed citizens of signatory countries equal rights to exploit natural resources. Therefore, Russia as well as Norway maintains mining operations on Svalbard. Russia also maintains a consulate in Barentsburg which is the *northernmost diplomatic mission of any kind in the world*. You will also find the *second most northern statue of Vladimir Lenin* in Barentsburg. Although Lenin is a significant part of Russian history, many towns have taken down his statue. The most northern Lenin statue is in the settlement of Pyramiden, also in Svalbard.
Coal is usually exported to Northern European buyers, but the town relies on Russia for food and currency. There have been times when not enough food was sent and aid had to be sent from nearby Longyearbyen.
A.      Green building is the Barentsburg harbor office at the port
B.      Looking out towards the harbor from the settlement center
C.      Lenin Square, world's 2nd most northern statue of Lenin
D.     Door handle made of wire (necessity is the mother of invention)
E.      Cat on the window ledge of a house

F.       Very ancient telephone on an exterior wall in the harbor 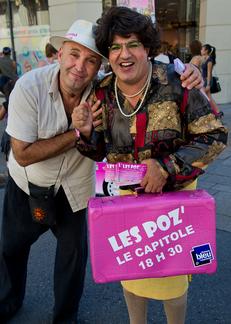 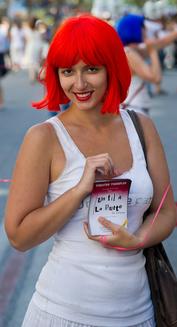 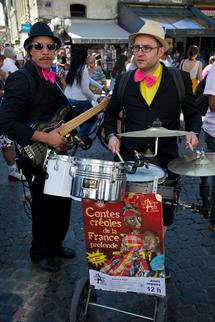 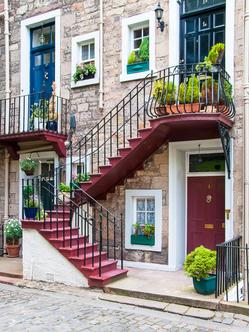 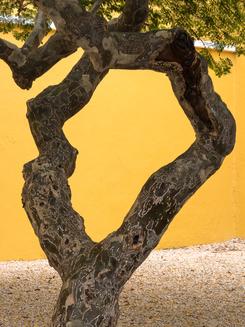 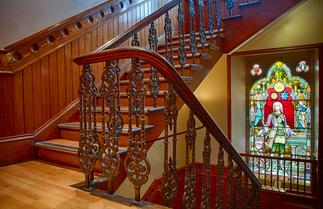 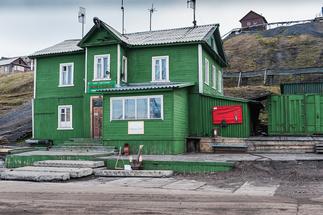 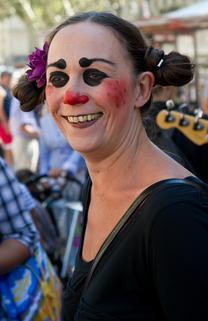 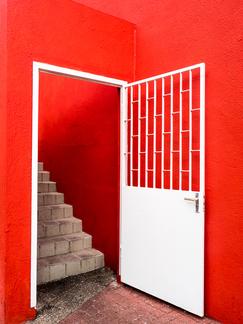 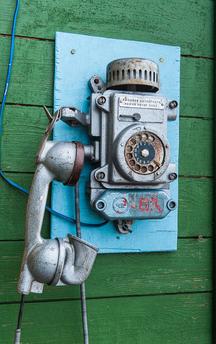 This week takes us to Willemstad, Curaςao in the Caribbean. Willemstad is an excellent destination for a photographer. I had been walking outside the main area of town and on a street with primarily offices and a few government buildings. I saw a portion of a white door out the corner of my eye as I was walking. I continued walking for about a block and something told me that I should turn around and have a better look. As I returned and walked closer to the door all I could see was a set of very simple steps beyond the open door. I found that if I got off to one side and featured the white door against the red wall the scene became more interesting. Moving more to my left I could remove most of the steps and leave just enough for the doorway to have a purpose. I did go to the top of the stairs to have a look around and found only offices on the second level.
The tree is at Governor's Palace in Willemstad. Nothing special about the tree but when isolated against a bright yellow wall I find it much more dynamic. Not only is the texture of the bark of interest but I like the way the trunk split and then crossed back over each other. This is a study in shape, texture, and color as the subject is isolated against the yellow wall which works well with the brown in the bark. 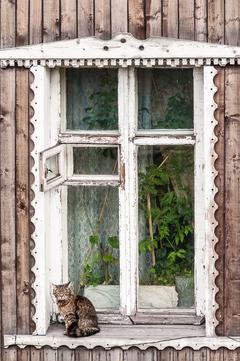 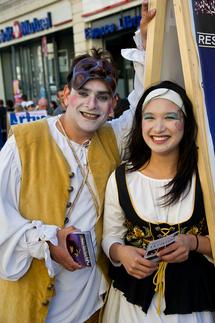 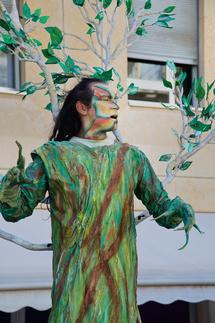 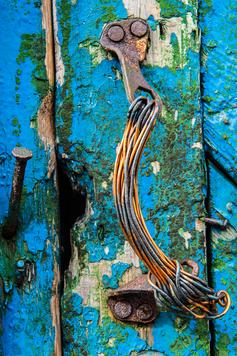 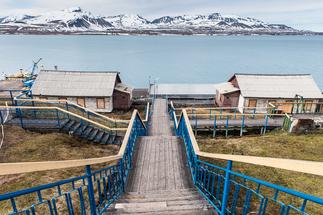 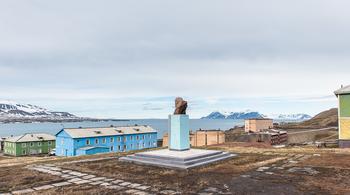 The Festival d'Avignon or simply known as the Avignon Festival takes place each July in the city of Avignon, France. This annual arts festival got its start in 1947 by Jean Vilar. It has grown through the years and now is one of the world's greatest arts festivals and oldest in France. The festival is held over a three week period with the main shows known as the "In" Festival. However, many smaller theater groups try to gain recognition by giving their performances in any place suitable for performing such as schools, small theaters, and even on the street. These are known as the "Off" Festival.
Margaret and I were sailing up the Rhône River on the ms Rembrandt which stopped in Avignon July 20, 2011. The Festival was in full swing and afforded an opportunity for some fun "street photography". The actors for each production were out in the streets trying to attract people to go attend their plays. In the mix were musicians, mimes, and jugglers. Essentially it was one big street party. While clean backgrounds were out of the question, everyone was more than willing to have their picture taken. Just point a camera their way and a pose would be struck.

Perhaps many of you have figured it out. I like to photograph stairs. I must have hundreds of examples taken over the years. Attached are two sets of stairs from Scotland, one is an interior and the other is exterior.
Picture A was in Edinburgh, Scotland which is a fine old city in which to wander. This was a very typical Scottish day, overcast with soft clouds making the light very even on all parts of the buildings. This street scene is a pleasing combination of stairs, doors, and windows. The maroon stairs surrounding the maroon door with a pretty window and flower box seemed perfect. Added touches are the two blue doors and more windows with flower pots. The old cobblestone street lined with stone buildings makes a very nice scene. Try to picture the same street in concrete or asphalt and the building in modern siding or wood. The old world ambience would be missing and therefore not as pleasing to the eye.
Picture B: Lerwick is located in the Shetland Islands of Scotland and these stairs are in the Lerwick town hall. The view is from the landing of the stairway leading to the second floor and the main hall. The town hall was completed in 1884 and renovated in 1983. Adding interest to the stairway is the stained glass window on the landing called the Masonic Window. This window depicts Lord Aberdour (afterwards known as Earl of Morton), Grand Master Mason of Scotland, delivering a lecture on Freemasonry. The carved staircase is a treasure in itself.