E.      A residential street in the upper section of Villefranche. 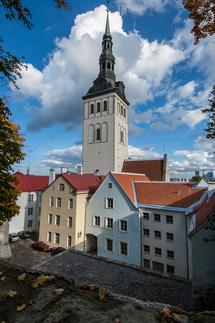 D.    A covered street in Villefranche-sur-Mer called La Rue Obscure which was built in 1260. This street begins along the first rampart of Villefranche and goes from near the harbor into the heart of the old town, a distance of 130 meters (426 feet). This covered street was designated as a Historical Monument in 1932. There are some ancient cellars along Rue Obscure that were used to keep donkeys and goats. One of the cellars from the 14th century still contains a well.

Wikipedia states: "St. Olaf's Church or *St. Olav's Church (Estonian <https://en.wikipedia.org/wiki/Estonian_language>: *Oleviste kirik*) in Tallinn  <https://en.wikipedia.org/wiki/Tallinn>, Estonia <https://en.wikipedia.org/wiki/Estonia>, is believed to have been built in the 12th century and to have been the centre for old Tallinn's Scandinavian community before Denmark <https://en.wikipedia.org/wiki/Denmark> conquered Tallinn <https://en.wikipedia.org/wiki/Tallinn> in 1219. Its dedication relates to King Olaf II of Norway <https://en.wikipedia.org/wiki/Olaf_II_of_Norway> (a.k.a. Saint Olaf, 995-1030). The first known written records referring to the church date back to 1267, and it was extensively rebuilt during the 14th century."
Originally, St. Olaf's was part of the united western tradition of Christianity that continues in the Roman Catholic Church today. From the time of the Reformation the church has been part of the Lutheran tradition. Then in 1950 it became a Baptist church and continues as a Baptist church today.
From 1944 until 1991, the Soviet KGB <https://en.wikipedia.org/wiki/KGB> used Oleviste's spire as a radio tower and surveillance point. Unlike many churches in Russia during the Soviet period, St. Olaf's was not used as a stable or warehouse.
At a height of 399 feet (123.8 M) the spire is the tallest structure in Tallinn. It is said that it was the tallest building in the world from 1549 to 1625 when St. Mary's Church in Stralsund, Germany claimed to be the tallest at 522 feet (159 m). I was looking for a suitable place to photograph the center of the old town so worked my way up a hill that provided a nice overlook. Picture A is the result. I continued along the hill until I found the view seen in picture B. However, my first time to that location was too early in the day. Most buildings were in shade. I decided that I should return in a couple of hours. That I did and the result is picture B of St. Nicholas Church which is now a Museum. This church was originally built in the 1200's. The present structure you see today was constructed 1405-1420. It was damaged by Russian bombs in WWII and restored. I managed to finda location among the trees and used the beautiful fall color leaves to frame the buildings. I was also pleased that the cars below were not white or silver. There is detail in the shadows but the detail is not so bright as to take the eye off of the main subjects, the two churchs and the surrounding buildings of Old Town Tallinn. I found that the placement of the white cloud behind the spire of St. Nicholas Church to be particularly pleasing. 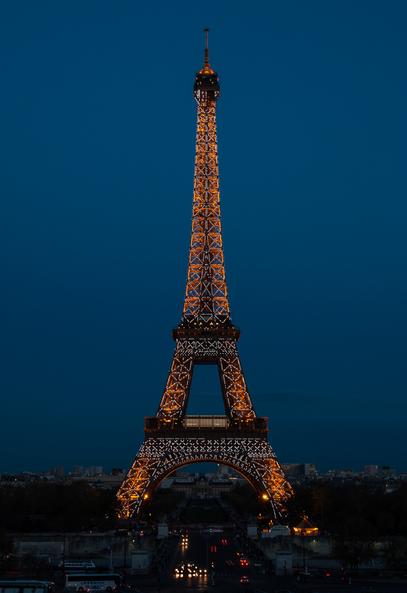 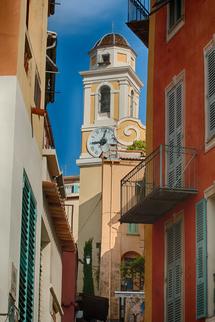 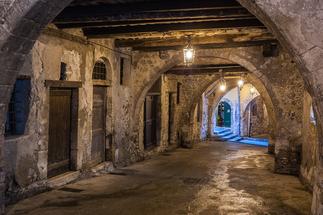 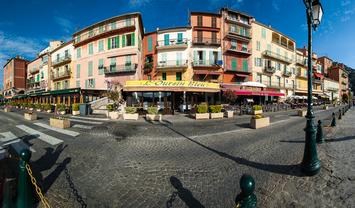 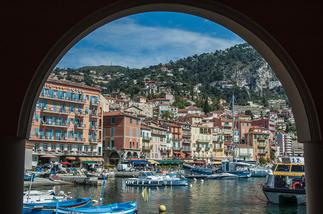 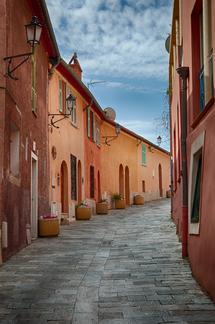 I have a number of hobbies. One of them is gardening. While I do grow a few things to eat, my preference is to grow flowers. Not only are flowers pleasing to the eye, they make wonderful photo subjects. Since they are mine and in my yard, I am free to cut them, move them, trim them, and tie them in different positions. Generally my greatest problem is the wind. I find that early in the morning the winds are the calmest. That is also the time when the light is soft and even.  This week I will share three different examples, all close-up macro with varying degrees of sharpness.
A: This features a chrysanthemum from my front yard. If you look carefully you will find that the flower parts are all in focus. This was done using Helicon Focus, a focus stacking software. The final image was made using twelve different captures. With the camera on a tripod, I began with the closest part of the flower in focus. I
then took eleven more captures as I moved only my focus point towards the back of the flower. When put in the computer, Helicon Focus did its magic.
B: You are looking at the flower head of a coneflower that was cut from my front yard and placed in a clamp to hold it steady. Using a shallow depth of field this picture uses selective focus where the front of the flower is out of focus but not so much as to be unrecognizable. As your eye moves into the picture you will encounter a small portion that is in focus.Moving towards the back the flower, the image fades away.
C: You are looking at the inner parts of a daylily taken one morning during a light rain. The light was so even that the eye can see deep into the throat of this flower. Here my focus is on the front petals to the stamens and anthers. I allowed the back of the flower to fade ever so softly. I am using about as much depth of field as the lens allows. If I wanted to have the entire flower tack sharp, I would have had to use focus stacking as in photo A. In this case, that was not my intention. 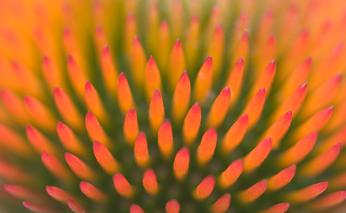 C.    St. Michael's Church is the town's main church originally built in the 1750s in the baroque Italian style. The church contains an organ built by the Grinda Brothers in 1790, and the organ is still in operation today.

B.      A street along Quai de l'Amiral Courbet facing the harbor.

*Villefranche-sur-Mer* is a commune in the Alpes-Maritimes department in the Provence-Alpes-Cote d'Azur region on the French Riviera of the Mediterranean Sea. It is between Nice on one side and Monaco on the other. Still, it has retained much of the charm and authenticity of a small French and Nicoise fishing village where families go back generations and know their neighbors. 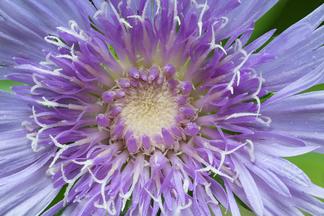 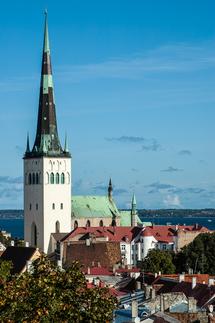 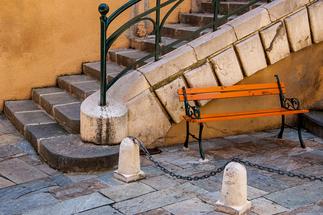 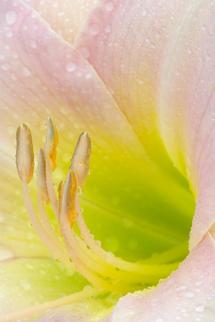 When this iron structure was opened in 1889 for the World's Fair it was the tallest structure in the world. It has since become an icon of Paris, France. At about 1000 feet in height it can be seen from all around the city. When it was first constructed not everyone was pleased. Many Parisians believed it to be structurally unsound and/or an eyesore. I read about a novelist Guy de Maqupassant who often ate lunch in the restaurant at its base. He reasoned that this was the only vantage point in Paris where he could avoid seeing the tower.
The tower was originally built as a temporary exhibit and was almost torn down and scrapped in 1909. It was instead saved for its use as a radiotelegraph tower. Again during WWII Hitler ordered its destruction but for some reason the order was never carried out. The tower received a major facelift in 1986 and is repainted every seven years.
Since its beginning there have been many lighting schemes on the Eiffel Tower. The golden lights date from 1985. In the year 2000 sparkling lights were added to the golden lights. Once the tower is lit up the sparkling lights that you see in this picture come on for 5 minutes each hour on the hour until 1 AM each morning. This was my second attempt to capture the tower when most of the sparkling lights were on.  I failed miserably a year earlier. This time I went with a purpose. I had two nights in Paris and our hotel was within easy walking distance to the tower. The first day I walked about a mile in several directions looking for a suitable vantage point.
The grassy open area of the Champ de Mars to the southeast looked to be perfect. The opposite direction across the Seine River was elevated and showed promise but I found too many other distracting lights in the way. I decided that 9 PM would be the perfect time, dark enough for the lights to be featured but still not so dark that I would not be able to have a hint of blue in the background sky. The sparkling lights do not all come on at once, but work their way to being fully on, then down again, then back up. The trick is to trip the shutter at a perfect time when most of the lights are twinkling. I was using a long exposure so this made the precise perfect time only guess work.
With the camera on a tripod, using a cable release and using a pre-determined manual setting I took about 20 different shots during the 5 minutes. Out of that only 3 are what I wanted, and of the 3, this is the one that I like the best.