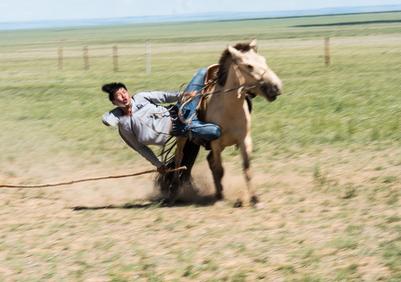 My photo roots began with nature subjects but were soon concentrated on  architecture. I have always liked architecture lines and shapes. Did you know that in high school I wanted to be an architect? Yes, I took my first drawing class and after sitting on a hard wooden stool I nixed the idea because with my boney rear end. I could not fathom sitting on a hard stool for days on end (pardon the pun). Therefore a business degree in college was for me. I did not learn until about forty years later that architects used nice seats with cushions.
The Old Mississippi State Capitol in Jackson, MS served as the Mississippi statehouse from 1839 - 1903. It is now a museum. The 3-story building exterior is composed of brick, limestone, and stucco with a copper rotunda dome some 94 feet above the first floor. Unlike our modern buildings the interior is composed mostly of wood, with the exception of brick partition walls and flagstones on the rotunda floor.
I have always liked stairs and have some very elaborate stair cases in my collection. The stairs in this picture are so simple and elegant that to me less is more. I also like the door at the top of the stairs that takes the eye to a short hall on the upper floor.  This doorway seems to give the stairs a reason to exist. There are no distractions on the walls. As I remember the stairs go from the second to the third floor. The light is
from a window off to the left of the stairs.
I have a B&W picture hanging in my home of the chairs in the Supreme Court Chamber in the same building. This courtroom scene would be one of my very favorite pictures of all time.

In June of 2006, I went with a group of photographers to Spitsbergen, where we spent a couple of weeks photographing birds and animals. Spitsbergen borders the Arctic Ocean, the Norwegian Sea, and the Greenland Sea. It is owned by Norway, and Spitsbergen is the largest and only permanently populated island of the Svalbard archipelago.  We had a very successful trip and saw about 62 polar bears, which was some sort of record for seeing that many polar bears. I went back two years later and only saw seven polar bears. On both trips I gained a lot of experience photographing the bears but never did get a good picture of a bear jumping.  It seemed that I was always a little late, not focused, or did not frame the shot properly.
It was later that same year when I made two trips sailing from Murmansk, Russia to the North Pole on the Russian nuclear ice breaker, *Yamal*. Drawing on my experience in Spitsbergen, I had learned enough about the mannerisms of polar bears to anticipate what they would do next. I was photographing a bear hunting on broken ice when I noticed the open lead in the pack ice and realized that the bear would have to make a choice. He would enter the water and swim away or jump to the next piece of ice and continue his hunt. His mannerisms told me that he was going to jump. I
quickly refocused and got ready. As soon as his back muscles tightened I began firing a sequence of continuous shots. Finally, success was achieved. I got several more jumping bears on that trip, but none better than this one. 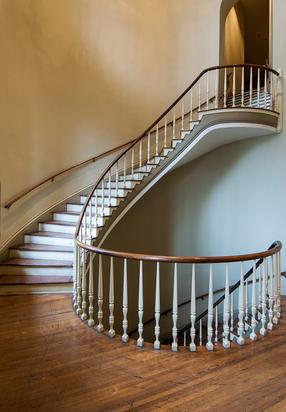 The Naadam Festival is a traditional festival in Mongolia, and takes place each year  throughout the country. There are three main games; wrestling, horse racing, and archery.  Until recently the games were mostly for men. This picture is the Uurga competition. The uurga is a pole lasso 10-12 feet in length with a leather loop at the slender end. The uurga is used to catch horses and other livestock and is generally used by a rider on a horse. For the Naadam games the uurga is placed on the ground. A rider approaches at full gallop and tries to grab the uurga as he passes. He gets two more tries should he miss the first time. This sport took place for perhaps an hour with many men taking their turns. I found a location with a clean background and front light. I experimented with a variety of shutter speeds beginning with freezing the action all the way to a very blurred capture. The one I have shown is partially blurred but sharp enough to see the expression and strain on the riders face. You can observe the dust and the motion of the horse’s legs.  This young man grabbed the uurga on his first try. Notice his position. He is holding on with a rope and one leg, and is on the side of the horse.
The Naadam festival that I attended was in the Gobi Desert in southern Mongolia near the Three Camel Lodge.  For many years I had the conception that a desert was sand dunes. The Gobi does have areas of sand dunes but for the most part it is covered with rocks, grass, and low shrubs. My first trip to Antarctica taught me that Antarctica is the largest desert in the world and it is covered in ice and snow, not sand. I looked up the definition of a desert and it was said to be a barren area of land where little precipitation occurs and consequently living conditions are hostile for plant and animal life. The Gobi is the fourth largest desert in the world and extends into China.

You are looking at the old changing houses on the beach at Muizenberg near Cape Town, South Africa. I had been wanting to photograph this beach for about ten years and finally was able to go there at sunrise October 27, 2015 with my very capable local photo guide, Jamie Stafford. The first picture was taken at 6:03 AM shortly after the sun had cleared the horizon. We spent about 15 minutes taking a variety of compositions with the sun to my back and side. As we began our walk back to the van Jamie asked if I wanted a picture from our angle looking back. While it looked OK, I thought that I had the best pictures already, but since there was no hurry I set up my tripod and decided to grab a final shot. Little did I Know at the time but that last shot looking back, taken fifteen minutes after we first began, would become my favorite.

This picture was taken May 27, 2006 in Yalta, Ukraine. Yalta is a resort city located on the South coast of the Crimean Peninsula which borders the Black Sea.  I spent several hours walking the im Lenina embankment along the sea. The portion of the im Lenina embankment closest to Yalta is a pedestrian area filled with parks, amusement rides, restaurants, cafes, and promenades. I took the picture on a Saturday afternoon and the embankment was filled with many people out for a stroll, walking their dogs, playing chess, eating ice cream, fishing, gossiping, and even couples dancing to a live band. The picture was taken along a low wall next to the sea where we see a grandfather teaching his grandson how to play chess. The boy seemed to be a fast learner because he made his chess moves quickly. I was taken by their concentration, the mans hat, and the warm afternoon light. I asked in Russian if I could take their picture, so with their approval I squatted down and took a series of compositions. This picture shows the intensity of the mans concentration. On the other hand, the boy is moving his chess pieces but also running around and playing with his film camera. 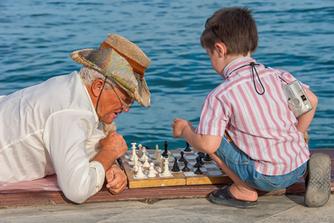 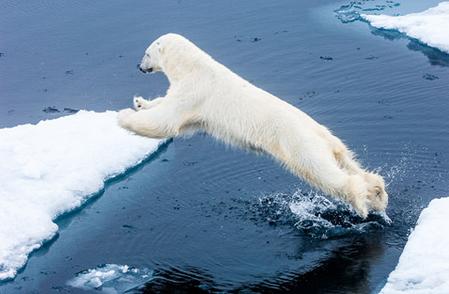 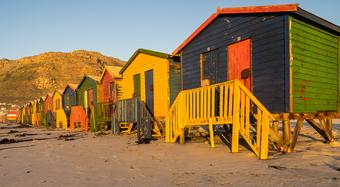 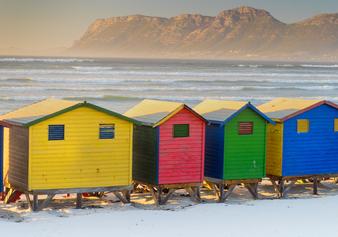