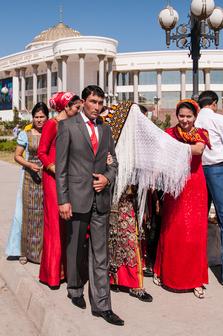 There are times when all the stars line up. On the morning of March 19, 2018 in the Himalayan country of Bhutan a chestnut-tailed starling flew into a nearby red silk-cotton tree, Bombax ceiba. I was initially attracted to the beautiful flower and had placed my camera on a tripod in order to photograph the  flower. I had also attached a cable release so that I could make the sharpest picture possible. Before I could click the shutter a chestnut-tailed starling flew up and landed near the flower. I immediately recomposed and grabbed a few shots. The bird was most accommodating and presented a variety of poses so I kept shooting.  It was not until I had downloaded the files to the computer that I noticed the bees flying around the flower. Some of the bees were in front of the flower, some were below, and some were behind the flower.  A few bees such as the one seen here were perfectly positioned above the flower. The bird chose a perch near a single flower without the clutter of other limbs and without flowers in the background. The tree was large, probably about 75 feet tall and full of flowers which appear in the spring before the leaves arrive.
Now look at the bird. It looks as if it is looking directly at the bee and giving it the "evil eye". Based on the bird's actions I believe that it was actually looking at something in the distance beyond the bee and flower. The time was 9:01 AM with beautiful light coming from behind and to my upper right. You can see inside the flower and see the blue and yellow on the bird's bill. The sky was a wonderful shade of blue and there was no wind. The bird stayed for just over three minutes while I shot 99 frames, each a little different from the other. 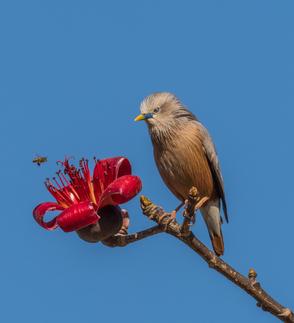 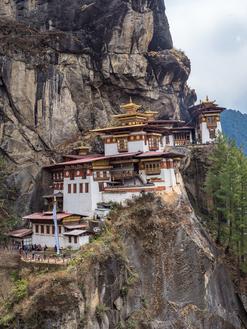 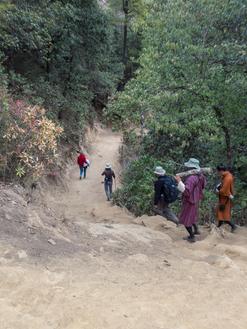 The Kingdom of Bhutan is one of the most beautiful countries that I have visited. My first time there was in September 1996. I was part of a small group that drove into the western region of Bhutan from India. After a week we flew back to India via Nepal. I have dreamed of returning to Bhutan ever since. The first trip’s focus was cultural and we saw only a small area of the country. For over twenty years I have been looking for a suitable trip back to Bhutan that went to the central and eastern parts of the country and provided an opportunity to see some of the birds and animals that live in its diverse ecosystem.
Cheeseman’ Ecology Safaris offered a 3-week birding trip March 12-April 2, 2018 that looked like it might be a close compromise of what I was looking for. No, I am not a true birder. I keep no life list, but I do like to photograph birds. For sure this trip would get me out in the landscape and among the flora and fauna. Birders as well as photographers do not spend much of their time in hotel rooms.
Our group of ten was very fortunate to have Hishey Tshering as our tour leader and main guide. Hishey and his company have been leading trips for many years. His web site is: www.bhutanheritage.com. A real bonus was having Sonam Dorji as a second guide. It is very unusual for a small group of only ten people to have two guides.
Bhutan has a rich culture where most of its 700,000 inhabitants practice the Buddhist religion. A hike to Taktsang Gompa (Tiger’s liar Monastery or just Tiger’s Nest) was our last full day in Bhutan. This was no ordinary hike because the Gompa is situated on the face of a mountain at an altitude of 3120 meters (10,236 feet). The first building was begun in 1692 with many renowned Buddhist saints, including the great Tibetan Yogi Milarepa, mediating there. The Buddhist believe that Guru Padmasambhava landed there riding on a tigress to subdue the demons that were dwelling in the area. The Guru is supposed to have mediated there for three years, three months, and three weeks. In the study of Christianity we learn that the number three denotes completeness. Could there be a correlation?
The hike up is not for the faint of heart. Not only can the altitude be a factor but the trail does NOT go steadily upward. It is mostly up but in some places goes back down before going up again. The total length one way is about two miles and is said to be about 15,603 paces. You actually climb up to where you are about the same altitude as the Gompa, but you have to cross a valley to another mountain to get there. It is at this point that the trail has been made easier because when I was there in 1996 it was only a rough trail and absolutely no safety rails. Steps have been constructed that go down the side of the mountain and then up again to Taktsang. There are 526 steps down and then 246 steps up. This is one way so must be repeated in reverse when going back down the mountain to the parking lot below. The climb up to the Gompa took me 2 ½ hours with a few photo stops along the way. Back down was quicker but not much easier. 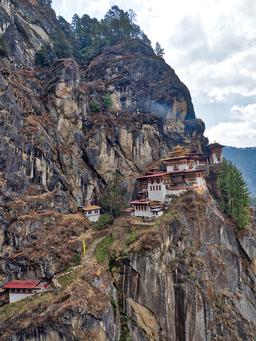 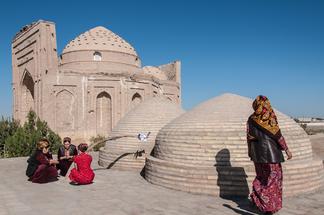 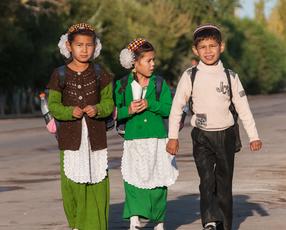 This week we are in the southeastern corner of Washington State. To the south, just outside the small town of Palouse on Moscow Road (State Highway 27) is a red barn. This is the home of a horse named Fallon.
Our small group of photographers on a Tim Grey photo trip passed this barn about 10 AM and Fallon was looking out the barn door so we made a photo stop. After everyone got out of the van and grabbed a few quick shots the horse left the barn and walked around in the enclosed pasture. Later that same day after lunch at a local restaurant we again passed the same barn as we drove back out of town. This time Fallon was standing in the threshold of the barn door looking around. He looked straight ahead, looked to the right, looked to the left, and even looked down, as if he was posing for his picture. I captured one exposure of the view that you see. I liked the expression on Fallon’s face and the way he held his head. The black negative space surrounding the horse causes his features to stand out nicely.
I have tried to call Fallon’s owners who are said to be teachers at the local high school but to no avail. I would like to find out more about the horse. No one ever answers the telephone so perhaps I was given the wrong number. 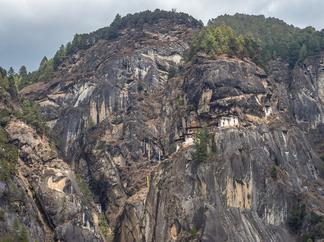 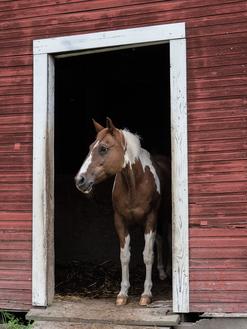 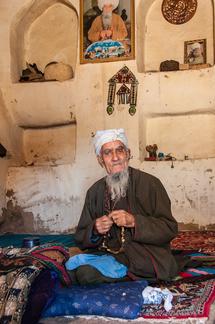 September 2010 Margaret and I visited five of the “Stans”. From Bukhara, Uzbekistan we were driven to the border crossing for Turkmenistan at Farap. This has to be the worst border crossing I have ever encountered. Departing Uzbekistan was simple and the way it should have been. “No man’s land” the neutral space between the two counties was 1 km of hot desert. We were told that there was a van for hire that would transport us to the Turkmenistan customs building. We waited and waited but the van was nowhere to be found. So we started walking along a rocky dirt path. The customs building was over a rise so we could not even see it when we started walking. Walking a little less than a mile is not so bad in cool weather but when it is hot and you are pulling your luggage it is not so easy. Margaret complained every step of the way about the heat and the very rough terrain that severely marred her shoes and impeded the usefulness of the small wheels on her luggage. She had to keep switching hands to pull her luggage. All she could think about was going home. Indeed this was a real test of our many years of marriage.
Once inside the customs house things ground to a halt. We presented our documents and were asked for more papers, then told to wait. Communication was poor so we did not understand what was required. After sitting for some time I sensed that something was wrong. I had the telephone number of the local travel company that had handled all of our arrangements in Turkmenistan. I asked someone at customs to give them a call. The travel company owner said that the border formality required a letter of invitation and an entry travel pass. The man who was sent to the border to pick us up had the necessary papers but he was not allowed to enter the customs area. So he had been sitting in his car outside in the parking lot. How stupid is that? After much discussion the man was finally allowed to enter and present the proper documents. At last, after almost two hours at customs we were allowed to enter the country.
I have travelled to a lot of countries and this is the only country that I would not go to again. I never felt welcome, only tolerated. The government was in complete control of the country and reminded me of the former Soviet Union times. I was never clear what could be photographed and what was prohibited. I even had my camera taken away by the authorities. They thought that I had photographed something that was prohibited. Thankfully the camera was digital and when I showed what I had taken pictures of they were satisfied and returned the camera but offered no apology.
The former super-powerful President Saparmurat Niyazov had his statues and pictures placed all over the capital city of Ashgabat. I remember one statue in gold, about 45 feet in height that rotated to face the sun.  After four days Margaret and I were more than happy to depart this country. 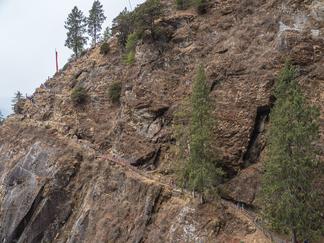