It was April, 2012 and I was in the Netherlands with five other photographers on a ten day trip arranged by Joe Van Os Photo Safaris. Our group leader was Darrell Gulin, a great photographer, a delightful person to be with, and a most capable leader with experience in Holland.
Keukenhof Gardens, also known as the Garden of Europe is one of the worlds largest flower gardens and is only about 25 miles SW of Amsterdam. I first visited Keukenhof Gardens in 2002 when Margaret and I were on a river cruise which allowed us most of one day at Keukenhof Gardens.
The attached picture was a scene that I really liked on that visit but the pictures that I was able to get were only average at best. When I photographed this bed of flowers on the first trip it was the wrong time of day and the scene had too much contrast. The wonderful river of grape hyacinth surrounded by tulips was forever etched in my brain. I know it was 2002 because that was also the trip where we visited the Floriade. Floriade  is an international exhibition and garden festival <https://en.wikipedia.org/wiki/Garden_festival>, held every 10 years in the Netherlands <https://en.wikipedia.org/wiki/Netherlands>. It is world class and every serious flower person should get to the Floriade once in their lifetime. In 2012 when our group trip was completed I stayed a few more days and on my own took a train south to the city of Venlo to attend the  2012 Floriade.
So, I had been waiting ten years to get back to Keukenhof Gardens and my special spot. On the first day there I determined that the best time to photograph this particular bed of flowers was late afternoon. We spent three days at the garden and each afternoon I would photograph these same flowers. The first day it was too windy, the second day, however, was perfect. That day there was no wind, the showers earlier in the day had ended, and the sky was overcast filling the scene with even light. The third day the sun was too strong, but it did not matter, I had my shot.
I have been to many great gardens and I would have to say that Keukenhof is my very favorite spring garden in the entire world. The next Floriade is 2022 and I have already added the Netherlands and of course Keukenhof to my calendar for 2022.

I had driven down to south Texas to photograph birds. After a few days on my own I picked up David Fahrney, a friend from Colorado who had flown to McAllen, Texas to join me. We were planning to photograph at the Laguna Seda Ranch, a few miles north of McAllen. On this particular morning our most capable nature photographer guide, Janice McConaha had taken us to a field used to bait birds of prey. A blind had been constructed and the field was grass with a few dead tree branches here and there.
When we arrived, a pair of scissor-tailed flycatchers was flying about hunting insects. We noticed that from time to time they would sit for a short time on some of the dead tree limbs that were in the field. It shortly became my goal to photograph one of these beautiful birds with its wings extended. I tried as the birds were hunting in flight.  Then I tried to focus on a bird sitting and photograph it as it flew away. This did not work very well either. I persevered and finally came up with a plan that worked. With my camera on a tripod I would pre-focus on an area where I hoped the bird would be approaching a landing. It was useless trying to look through the camera viewfinder and take the picture when the bird arrived. I was always too late. So with a remote shutter release cable attached, I would watch the bird approaching and begin firing a burst of exposures hoping that I could capture the bird with a nice pose and that it would be in focus. Unfortunately the birds did not always come from the same direction or go to the same perch. I do not know how many shots I took, but probably 200 or more. Maybe 25 were sharp. Some poses were much better than others. Then I got the one that you see attached here. It is the male scissor-tailed flycatcher with a moth in its beak. A second later the insect was swallowed.
As a youngster growing up in Albany, GA I developed an interest in nature, and birds in particular. By age 14 I had acquired and almost memorized Peterson's A Field Guide to the Birds. The scissor-tailed flycatcher was very rare is southwest Georgia and I never saw one. It was one of my dreams to see this bird and after 60+ years not only did I see on, but photographed it as well. Just for the record, while I really enjoy bird, I am not considered a serious birder since I have not kept a life list.

Our tour group had gone for dinner in Ohrid, Macedonia. The restaurant had a view of Lake Ohrid, so while waiting for my food to arrive I walked down to have a look along the lake. With the sun setting behind me, I found this fence in a state of partial collapse. I took the picture not so much as what we see but for what we do NOT see. This fine art type of photo leaves a lot to the imagination. Why was the fence constructed, what was its purpose? How long has it been there? Did it originally go farther into the lake? The fence was made of steel, intended to be sturdy and last for a long time. It had once been painted aqua blue. To add a little mystery I made a long exposure that caused the water to be soft and the reeds blowing in the steady wind to be blurred. No one at the restaurant had a clue about the fence. Now the viewer’s imagination can fill in the blanks.
Lake Ohrid is one of Europe’s deepest and oldest lakes. It is the deepest lake of the Balkans, with a maximum depth of 940 feet and a mean depth of 508 feet. It covers an area of 138 square miles. Lake Ohrid straddles the mountainous border between southwestern Macedonia and eastern Albania. 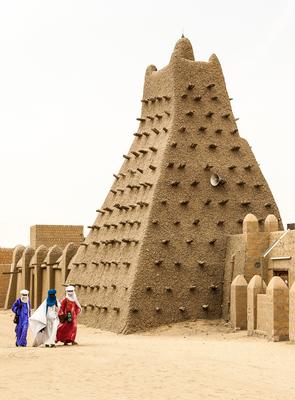 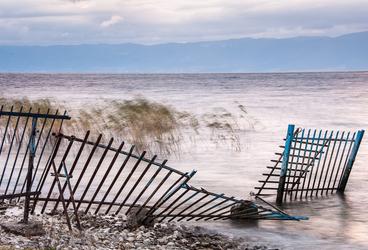 Sankoré Mosque in Timbuktu constructed in 1327


How do you know if the bread served you in Timbuktu is authentic local bread? Easy, if there is very fine grit in the bread, then it was made in Timbuktu. In 2004 there were no paved streets in Timbuktu. Along the streets of sand were brick ovens where bread was made daily. The front of the ovens is open so the wind tends to blow dust inside the ovens. Did you know that Timbuktu was such an unknown place that it was not until 1828 that the first European reached Timbuktu and lived to tell about it. It was the French explorer, René-Auguste Callié who had disguised himself as an Arab. He had studied Islam and could speak Arabic.
Timbuktu, Mali situated on the southernmost edge of the Sahara Desert has always been the most exotic sounding name on my short list of mystical places such as Istanbul, Marrakesh, Katmandu, Bukhara, Bombay, and Lhasa. I had visited all but Timbuktu and decided that Timbuktu would rise to the top of my “bucket list”. I contacted a few travel agents. Spector Travel of Boston seemed the most knowledgeable about West Africa and also the most accommodating to my proposed itinerary.  My wife, Margaret would not even consider going on such a trip so I set about trying to find someone to share the trip with. I sent emails to a select few of my travel friends and received an interesting response from Gordon White, a doctor in Virginia. His reply was something like this; “Gordon, nobody has ever asked me to go to Timbuktu, so I think I will go”.  His wife, Linda, is a bit like Margaret. They draw the line when it comes to long bumpy drives, eating in restaurants with dirt floors that have never seen a dishwasher, sleeping at hole-in-the-wall places that draw a map to find the toilet, and venturing into the unknown.
Over a three week trip, we visited Mali, Burkina Faso and Benin. We had different cars and drivers for each country, all arranged by Spector Travel. We had no guides but we had done our research before leaving home. Each driver had an itinerary of where we wanted to go and what we wanted to see. And of course we were free to stop when we saw something of interest.
The attached picture is of the Sankoré Mosque which is part of the Sankoré Madrasah (a place of learning or school). History tells us that in 1324 the emperor Mansa Musa made an extravagant pilgrimage to Mecca via Cairo. He visited the sultan in Cairo and gave away so much gold that the Egyptian money market crashed. When he returned to Timbuktu he ordered the Sankoré Mosque built and it was completed in 1327.
I had taken several pictures of the historic mosque but something was missing. I placed my camera on a tripod and sat down in the sand while contemplating what would make the picture more interesting. The scene contained a historic mosque but needed something more. People came and went but still the picture was missing something. Finally after about 15 minutes I saw three figures in a distance. Their colorful clothing was exactly what I needed to draw the eye into an otherwise monochromatic picture and they were walking slowly in my direction.  As the three Tuareg men approached I knew this is what I had been waiting for. Click, click, click, I fired a number of shots using a remote cable. 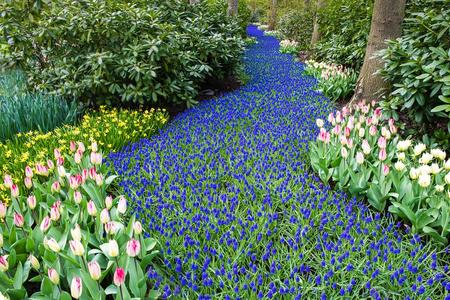 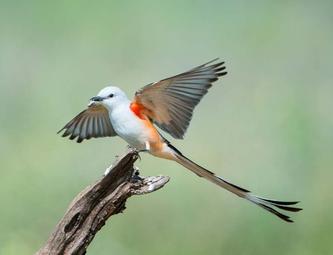