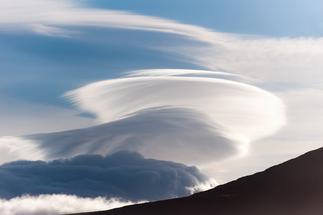 I typically do not expect to find photo subjects in the halls of a hotel. This is a rare exception. You are looking down the hall of the Comfort Hotel Runway in Oslo, Norway. The last time in Oslo I stayed at the Radisson Blu Hotel in Oslo Airport, Gardermoen. The Radisson is very handy; one can literally walk to the hotel pushing an airport buggy. However, to save $40 I chose to take an 8 minute shuttle to the Comfort Hotel on the other side of the runway where I spent a night going and a night returning home from the Lofoten Islands of Norway.
I guess after an overnight flight from Atlanta I was a bit foggy and paid no attention to the halls of my hotel when I first checked in and went to my room on the 3rd floor. However after an eleven hour sleep; when I was departing the next morning I was drawn to the colors and graphic design of the halls. I grabbed my camera and fired four quick frames as I was departing February 12 at 8:34 AM. Two shot with a woman slowly walking at the end of the hall and two more frames after she went into her room.
This is picture A: Only a photographer can appreciate the fact that the shot was handheld and captured with a 1 second exposure. The camera was an Olympus OMD E-M1 Mark II body and an Olympus 12-40mm f/2.8 lens set to 34mm and f/4.5 with an ISO of 200. Olympus says that the camera has a built-in image stabilizing system of 5 stops. I believe them. Never in my wildest imagination could any of my previous Nikon cameras match that. Yes, the woman is not in sharp focus because she is walking. However, the other portions of the picture are in focus.
Eight days later, February 20, 2017, I returned to the same hotel on my way home. This time I was on the 4th floor which looked much the same. I got in late and was to be up at 3:30 AM for my early morning flight to Frankfurt and in to Atlanta. It would be a short night; even so I had been thinking about the graphic lines in the hall and wanted to make a planned shot. It was 10 o’clock at night but I still took the time to unpack my tripod and make a proper exposure seen in pictures B & C.
Picture B is looking one direction and was taken at 10:04 PM with an Olympus 12-100mm f/4 lens set to 50mm, ISO 400 and f/5.6. Picture C, looking the other direction, is the same but taken at 10:08 PM and cropped a little tighter with the lens set to 61mm. 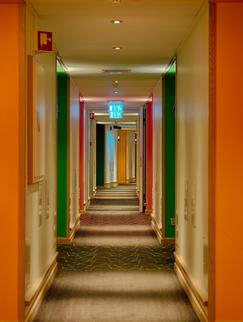 This is St. John's, Antiqua in the heart of the Caribbean Islands. It is one of the Leeward Islands and the main island of the country of Antiqua and Barbuda. It became an independent state within the Commonwealth of Nations on November 1, 1981.

You are looking at Redcliffe Quay which is at the water's edge of Deepwater Harbor and just south of Heritage Quay. Many of the buildings date back a hundred years and are preserved in their original form and style. Dating back to the 17th and 18th centuries this area was the main trade center for ships from Europe. It also was once the slave-trading area for the town.
Now Redcliffe Quay is comprised of about 30 buildings that are shops catering to the tourist trade. You can wander among colorful shops, restaurants, galleries, and boutiques linked together with walkways and courtyards. You can easily tell that the market is directed to cruise ship passengers which dock nearby. A clue of who the customers are is that most goods are priced in U.S. dollars, not the East Caribbean dollar (EC dollar). There are also duty free concessions.
This picture was taken from a docked cruise ship November 28, 2012 with gorgeous late afternoon light and no breeze. I have been back at least twice since then and always have a look. I have never seen it as pretty as it was that day. If the light was nice, there seems to be a breeze which lessens the colorful reflections in the harbor. The old photographers saying and be there sure worked for me that time. 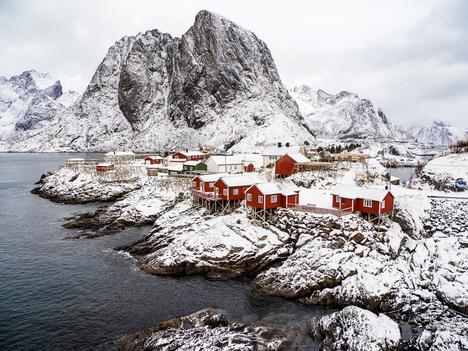 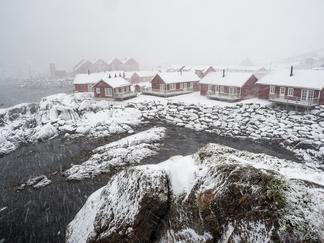 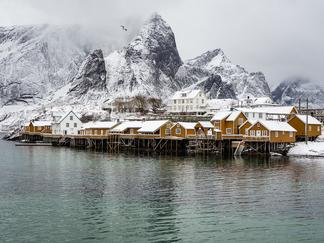 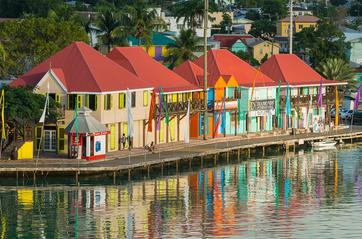 Home
Back to Archives 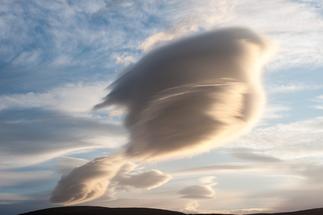 I was on an expedition in the Russian Far East. We had sailed south from the Wrangel Islands which are in the Arctic Ocean between the Chukchi Sea and the East Siberian Sea and our boat was passing through the Russian side of the Bering Strait. As we approached Cape Dezhnev, which is the easternmost point of Eurasia I noticed some unusual clouds forming over the mountain peaks. They were lenticular clouds which are very unusual and beautiful. I had only seen lenticular clouds on one other occasion and that was over some high mountains on South Georgia Island in the sub-Antarctic.
Here is what Wikipedia says about lenticular clouds:
*Lenticular clouds* (*Altocumulus lenticularis*) are stationary lens-shaped clouds that form in the troposphere, normally in perpendicular alignment to the wind direction. Lenticular clouds can be separated into altocumulus standing lenticularis (ACSL), stratocumulus standing lenticular (SCSL), and cirrocumulus standing lenticular (CCSL). Because of their shape, they have been offered as an explanation for some unidentified flying object (UFO) sightings.
A couple of hours later we were sailing around the bottom of the most eastern end of Chukotka and a cape called Mys Peek. How unusual, there was another lenticular cloud but somewhat different in shape than the first. It was over the mountain on the cape. What luck! Within a two hour period I had seen two lenticular clouds and most people will go a life time without seeing even one. 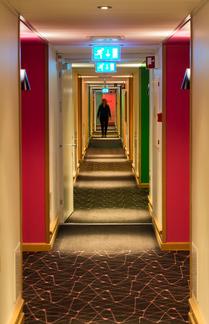 Have you heard of Rorbu Cabins? I had not until my recent trip to the Lofoten (pronounced -  Lo foten) Islands of Norway. These islands in the Norwegian Sea are within the Arctic Circle on the northwest coast of Norway. It is home to mountains, fjords, small villages, and fishing; mainly cod and salmon.
The Rorbu cabins built on poles partially out in the water can be found along the coastline of Lofoten. These cabins had their beginning in 1120 as housing for the fisherman during the winter fishing season which is January thru April. They were basic simple buildings that generally comprised of two rooms. One room was used for living and another for storage of food and fishing equipment. They were built along the water's edge so a fishing boat could be tied up where the fishermen were staying. Not everyone agrees on how the name rorbu came about but it likely means in Norwegian "the house where fishermen lived while they rowed fishing". You see in the old days boats were rowed, not sailed or equipped with motors.
Picture A is of the Eliassen Rorbuer in the fishing village of Hamney. This is the real thing and the oldest Rorbu in the Lofoten Islands. Our deluxe cabin over the water was at the far end so it cannot be seen in the picture. We had two small bedrooms each with two twin beds and a bathroom adjoining each bedroom. Another room had a kitchen with eating table, and sitting area in front of a wood stove. The windows looked out to the harbor and the sea. Of course the property has been modernized from its humble beginnings, so it was very comfortable. Not sure about the cost but depending on whether a cabin was standard or deluxe you could expect to pay $150 - $200 per night. It would be higher during the summer months of June - August. 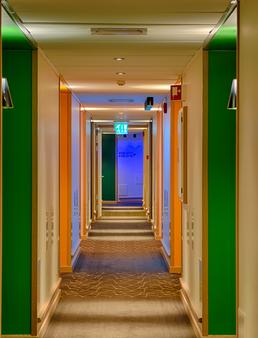