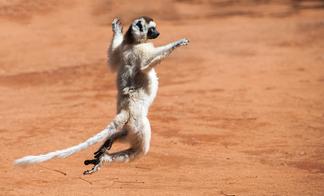 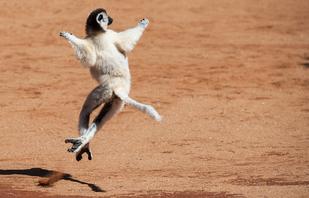 The beautiful sacred lotus flower emerges from a pond over a three day period and then blooms in the morning until mid-afternoon. This perineal is native to tropical Asia but is cultivated in water gardens around the world. It is the national flower of India and Vietnam. The flower always looks so clean and pure against the background of a dirty pond. Because of this the flower has come to be associated with purity and beauty in the religions of Buddhism and Hinduism. The ancient Egyptian scholars observed that in the night-time the lotus closed its flowers and sank into the water. When a flower emerged from the pond in the morning it was associated with rebirth as did the Sun which also disappeared at night, and re-emerged in the morning. Therefore for the Egyptians the lotus came to symbolize the Sun and the creation. Various ancient Egyptian hieroglyphics will portray the blue lotus flower.
In Buddhism the lotus is known to be associated with purity, spiritual awakening and faithfulness. The flower is considered pure as it is able to emerge from murky waters in the morning and be perfectly clean. The lotus comes in different colors such as blue, white, purple, red, and pink. Each color has a different meaning to the Buddhist.
Perhaps one of the strongest associations of the lotus flower with religion is observed in Hinduism. In this religion the lotus flowers meaning is associated with beauty, fertility, prosperity, spirituality, and eternity. The most common lotus form seen in Hinduism is the white lotus flower. Many of the gods and goddesses of Hinduism are linked to the flower.
This picture was taken at a pond in the courtyard of the Victoria Falls Hotel in Victoria Falls, Zimbabwe. No, we did not stay there but had more modest accommodations elsewhere in Victoria Falls.
I have included three versions of the same lotus flower. Version A is my master digital image. Version B is made to look like an oil painting. Version C is made to look like an impressionist painting. I used Snap Art 4 software for B & C

Entering the Georgian style church through the portico takes you to an octagonal porch with two circular staircases which lead to the gallery above. It gave me such a light and airy feeling that I had to look up. The geometric design drew me in and made me take the time to explore various angles for the perfect geometric photo. I think that I found it while lying on my back on the floor.
Commonly known as St George's Church, it is officially the Parish Church of Saint George. Located on High Street it is the oldest Church of Ireland in Belfast. The church was opened in 1816.
The years have not always been kind to St George's Church. In the 20th Century the residential population of the city center of Belfast dwindled to almost nothing as people moved to the suburbs. Therefore, St. George's suffered from a declining congregation, and there were even several attempts to close the church. In 1941 after the Belfast Blitz, the Parish school which stood on the site of the current Parish Hall was destroyed. The church was damaged along with much of High Street by the bombs.
The future of the church looked bleak when The Troubles, also called the Northern Ireland Conflict began. The church was sitting in the middle of the violence and was damaged in 1972 when bombs hidden in a coffin in Church Lane exploded. Many parishioners became too afraid to travel into the City Center so the church again fell on hard times. A faithful few kept the church open. It is not a large church but does have some beautiful stained glass windows. I was glad that I wandered in for a look. 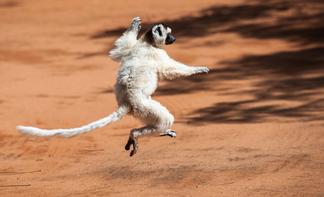 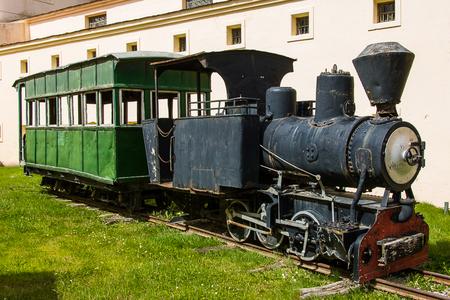 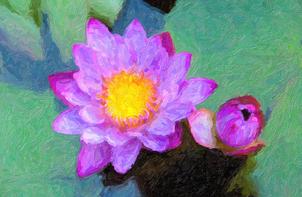 This is a canal in Bruges, Belgium.

For sure Bruges is my favorite city in Belgium. It is a rather small walled city laced with historic buildings and canals. The city actually got its start with the Romans creating an outpost there in the 1st century BC. Its early wealth came from textiles, and by the 13th century Bruges was a major cloth-trading center. It was connected to the sea by the Zwin waterway which unfortunately began to silt up during the 15th century. Bruges fell on hard time with many people deserting the town because the citys lifeline to the sea was gone. The nail in the coffin came when the Hanseatic League moved its headquarters from Bruges to Antwerp at the end of the 15th century. About 400 years passed while the city was frozen in time.
Bruges slowly emerged from its slumber in the early 19th century as tourists passed through on their way to visit the Waterloo battlefield near Brussels.  That was followed in the late 19th century with wealthy visitors discovering its historic charm. Now Bruges is an excellent example of a medieval historic settlement. The entire center is recognized as a UNESCO World Heritage Site. What makes Bruges so special is due to the architectural heritage, specifically that of Brick Gothic Flemish buildings as seen in this photo.
I mentioned the Hanseatic League, but it might be good to explain exactly what this league was. It was a group of merchant guilds in market towns banding together for commercial and defensive purposes. It dominated the Baltic maritime trade from about 1400 to 1800 along the coast of Northern Europe. Perhaps you have visited the guild houses in Bergen, Norway; Amsterdam, Netherlands; Munster, Germany or Brussels, Belgium. The Hanseatic cities had their own legal system and furnished their own armies for mutual protection. Many of these old buildings had the commercial  operation on the lower floor, storage on the second floor and living quarters on the upper floor. Luxury goods, food, and commodities such as furs, wax, grain, fish, and timber were exported into the world by the Hanse-merchants. Above all, they brought back cloth, metal goods, weapons, and spices. This was the first globalization of goods that the world had known. 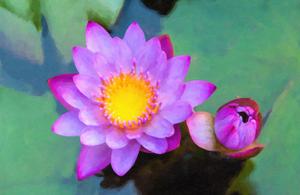 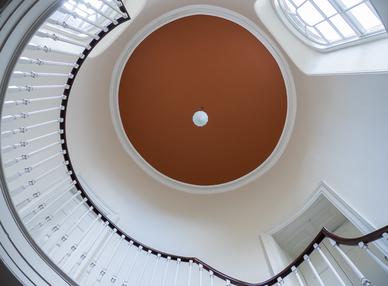 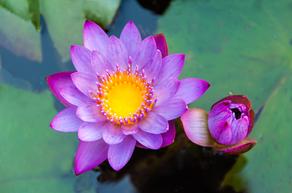 This little train, called the Prisoners Train used what was once the narrowest gauge for freight trains in the world. The engine and one car are all that remain.

I was on my way to join an expedition run by Joseph Van Os Photo Safaris that included the Falkland Islands, South Georgia Island, and Antarctica. I had arrived a day early, just in case of a travel snafu.  Should I encounter flight delays and arrive late, I would miss the expedition completely because there is no place to catch the boat after it sails. Therefore, I was taking no chances. Probably the most popular thing to do with extra time in Ushuaia is to take a day trip to Tierra del Fuego National Park (translates to Land of Fire). However, I had visited the park on two earlier occasions, so this time I decided to explore Ushuaia on foot with my camera.
Ushuaia pronounced  oo-swy-ah, is mostly a resort town on Argentina's Tierra del Fuego archipelago. It is considered the southernmost city in the world. Technically, a bit further south is Puerto Williams, Chile, but since it has only about 2,500 inhabitants it does not qualify as a city. Ushuaia is nicknamed the End of the World. This city is not connected to mainland Argentina. In order to reach it by land you have to cross into Chile and take a ferry across to the island.
Ushuaia began as a penal colony in 1896, housing some of Argentinas most dangerous people such as the notorious Petiso Orejudo (Shorty Big Ears), an Argentinian sociopath serial killer who terrorized Buenos Aires at the age of 16 in the early 20th century. It was called Siberia of South America. The railway was built in 1909 and used to carry prisoners to hard labor such as logging and quarry work. The prison was closed in 1947. Today Ushuaia is the portal to Antarctica. While you can reach Antarctica from South Africa and New Zealand, Ushuaia is the closest, most popular, and easiest way to reach the 7th continent as a tourist. A couple of days of usually rough sailing (about 500 miles) across the dreaded Drake Passage and you will arrive at the Shetland Islands which are not mainland Antarctica but are considered islands of Antarctica.
So, my day was spent rambling around Ushuaia, which is not so large that it cannot be easily walked. I took pictures in the Bishops Garden with flowers native to the region. I visited the Maritime museum which is located in the former penitentiary, and that is where the Prisoners Train is on display. There was also a small natural history museum but most of all I enjoyed walking the La Mission neighborhood where the first colonist settled. The Brown and Solier districts were also explored.

Lemurs (LEE-mars) are primates endemic to the island of Madagascar. Madagascar is the fourth largest island in the world after Greenland, New Guinea and Borneo. It is smaller than the state of Texas but larger than California.
Madagascar is about 1000 mile long and 250 miles wide. It is said to have broken free from the African continent about 65 million years ago. With that much time a lot of endemic species have evolved to be found nowhere else in the world.
I have been to Madagascar twice on cruise ships, a day ashore each time. While interesting, Madagascar should really be experienced over a week or more stay. I joined a small group that explored the island over a 19 day period in April of 2010. The group was arranged and led by Michele Burgess.  We drove and flew to various places around the country observing many unique critters. Michele is certainly an experienced, knowledgeable, and a fun trip leader. She can be reached at: www.infocustravel.com
There are estimated to be about 50 species of lemurs, all in Madagascar. The Berthes mouse lemur is the smallest and also the smallest primate. It
would be about the size of two fingers. The largest lemur is the Indri which can weigh up to about 21 pounds. The Verreauxs sifaka or white sifaka seen here is a medium size lemur.  They live in the forest and spend most of their time leaping from tree to tree where they forage for food. Their diet consists mostly of leaves, fruit, bark, and flowers. Their body is so adapted to living in trees that once on the ground their main means of locomotion is hopping.
These pictures were taken at Berenty Reserve in the south of Madagascar. The de Heaulme family, owners of Berenty Estate, founded a sisal plantation beside the Mandrare River in 1936. Berenty is home to six species of lemur.  This day I had been photographing a small troop of sifakas as they moved through the trees. I had observed that when the troop came to an opening between trees they sort of hopped very fast on their back legs across the open ground. It seemed to me like they wanted to hurry so they would not be in the open very long. On this occasion I noticed that the trees were ending at a field road that would have to be crossed if the group continued in the direction they had been going.  With this in mind I crossed the road and sat down on a rock to wait.  The troop spent some time in the trees at the road edge but finally one lemur charged across the road. I was a bit slow, but I was ready for the second one that you see here. These are 3 poses out of a 13 frame burst that I captured. I call it the  Dancing Lemurs. They surely do dance fast.