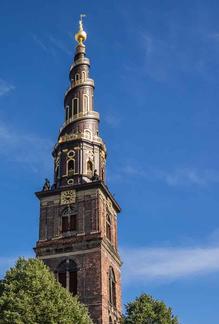 Back to Archives
Back to Top

Meet the little Cactus Wren, Campylorhynchus brunneicapillum  perched on a Saguaro Cactus, Carnegiea gigantean at the Arizona Desert Museum in Tucson, AZ. Arizona became a state in 1912, and 19 years later in 1931, the cactus wren became the official state bird.
I find it interesting how different creatures adapt to unique environments. While humans have learned to avoid the thorns of a cactus, the cactus wren finds a cactus to be friendly and a very safe environment. Notice how delicately this little bird is sitting on the thorns. Not so with many of the wren's predators such as some snakes and cats who must avoid those thorns.
The wrens build nests in saguaro cactus as well as other suitable places such as cholla, palo verde, acacias, or even in a hanging pot in a backyard. During the breeding season a pair of wrens might have two or three nests. The male wren has little time to rest. Not only is he busy building a second or third nest but is caring for the young in the first nest while the female is incubating the next clutch of eggs. 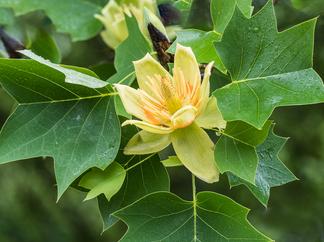 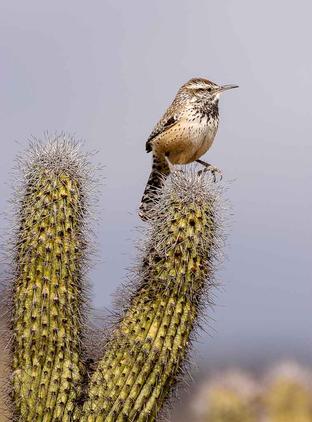 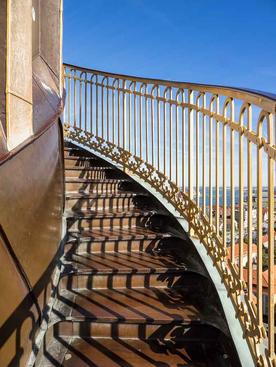 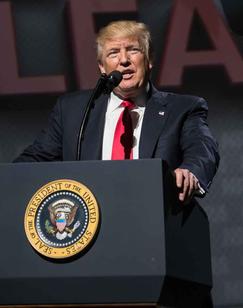 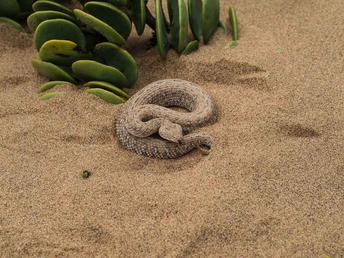 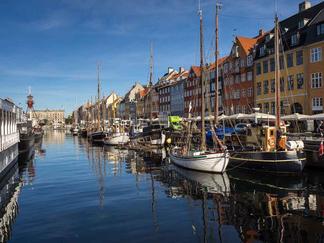 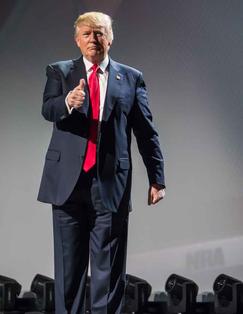 Copenhagen is perhaps an underrated world city, but it is full of unique architecture and charm if you know where to look. I walked about 23 miles over a two day period doing little but photographing. All pictures were taken with an Olympus E-M1 mirrorless camera and a Lumix G Vario 12-35 f/2.8 lenses.
Pictures A & B are of Nyhavn which means "New Harbor". Nyhavn was constructed by King Christian V from 1670 to 1673. It was dug by Swedish prisoners of war and it is a gateway from the sea to the old inner city at Kongens Nytorv (King's Square). These two pictures are of the same harbor, but from two different directions and two different times of the day. The first picture was taken at 8:56 AM and the second was taken at 12:35 PM. The first picture has the buildings in shadow so the emphasis is on the boats in the harbor. The light is low and warm. There was almost no wind in the harbor so the boats glow and reflections abound. The second picture features the buildings along the harbor. The wind was strong enough to leave ripples in the water and the boats become secondary objects to the beautiful old buildings along the waterfront.
Pictures C & D are the spire of the Church of Our Saviour or the Danish name, "Vor Frelsers Kirke" in Copenhagen. This church was constructed in the 1600s and is most famous for its helix spire with an external winding staircase. I call this staircase a "Stairway to Heaven". There are said to be 400 steps to the top and the last 150 steps are on the outside of the spire. I was almost to the top when I took picture D, but using a low angle gives the viewer a sense that the stairs go on and on into infinity. 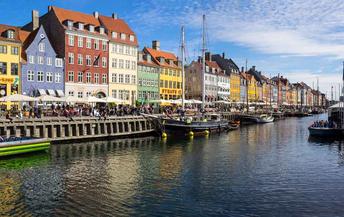 This week I have something a bit different. It is a picture of President Donald Trump speaking at the 2017 NRA Annual Meetings & Exhibits convention in Atlanta, GA. He is the first sitting President to address a NRA convention since Ronald Regan in 1983.
I have been a Life Member of the NRA since 1961 but this is the first annual meeting that I have attended. Since the meeting was being held at the World Congress Center in Atlanta, GA which is only about 30 miles from my home, it seemed a shame not to make the effort and attend. It began Thursday evening April 27th and ran through Sunday the 30th. I went Friday and Saturday.
The exhibits were free to NRA members and their families. I chose to also attend the NRA Leadership Forum Friday afternoon. The keynote speaker was President Trump. The exhibit hall where the stage was located was divided into three areas. The seats in the back section cost $10. The seats in the center section were $20 and the seats in the section down front were $35. I sprang for the front center section with the plan of being able to take pictures of the speakers. No one was allowed to enter this section without a red arm band. There were no assigned seats, only assigned sections. With that in mind I got there about an hour early only to find my section almost full. I was told that the room was sold out. I walked all the way to the front and found a row of five seats with three people sitting in them. Two people were on the end and one woman was sitting with an empty seat on either side of her. I asked if I could sit in the aisle chair. She explained that it was her husband's seat so I said "fine, if you will remove your hand bag I will sit in the chair to your right". Well she began explaining how they had purchased three seats but the other person could not come. She also explained how they thought it would then give them a bit more room. My comment was "makes perfect sense if these were bench seats, but being single chairs it is impossible for anyone to sit in 1 1/2 chairs, therefore why don't you choose which two chairs you would like and I will take the remaining one". She reluctantly decided on the two seats at the end leaving me the middle one with no one sitting in front of me. I settled in and found it perfect. I could photograph from my seat but best of all I could stand and move around in front of the stage to photograph from any angle. Experience has taught me that photographers have to be a little assertive at times in order to be in a position to take good photographs.
The speakers were in this order as follows: President Trump; TX Governor, Rick Perry; Senator Ted Cruz; Sec. of Interior, Ryan Zinke; baseball star, Adam LeRoche; Attorney Gen. of Nevada, Paul Laxalt; Senator David Perdue; Antonia Okafor; Alan West; Alabama Attorney Gen., Luther Strange; and Sheriff David Clark. The forum began about 1:30 PM and ended around 4:30 PM. I thought that the best three speakers were President Trump, Ted Cruz (who used neither notes nor the tele-prompter) and Alan West. 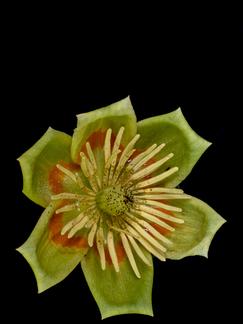 The flower of a tulip tree is so common yet hard to see on a tree. I am referring to the Liriodendron tulipifera, also known as the American tulip tree, tulip poplar, whitewood or as I grew up calling it, the yellow poplar. This tree is wide spread east of the Mississippi in the eastern half of the United States from about the great lakes in the north to northern Florida in the south.
The tulip poplar tree is the tallest of our eastern hardwoods, growing to about 160 feet high. It grows very straight but needs sunlight to grow well. In the forest seeking light causes it to grow taller than most of the surrounding trees. It is common for the lowest limbs to be 30 to 80 feet above the forest floor. With that being the case, the flowers can only be observed at a great distance or after they wilt and fall to the ground. The tulip tree also makes a beautiful feature tree for a home yard. With no other competing trees around it, the limbs will be much lower and the flowers easier to see. The flowers that you see here were on a tree in the front yard of Connie and Gary Miller's home in our neighborhood. The lowest limbs were no higher off the ground than about 8 feet, making the flowers easy to view and photograph. It is rare to find such a tree. As you can see, the flowers do not droop but sit erect and they do resemble the tulip flower that grows from bulbs. The color is greenish yellow with dashes of red and orange. 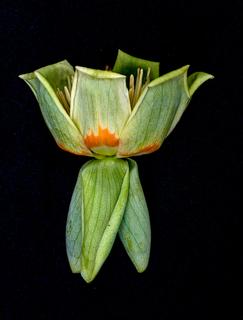 There are many things in nature that are masters of camouflage. The Peringuey's desert adder  (Bitis peringueyi) is one of them. This snake, a viper restricted to the Namibian West Coast  of Africa also goes by the names; side-winding adder, or Namib dwarf sand-adder.
While in the Namibian desert on a photo safari, our nature guide found one of these snakes almost buried in the sand. See picture A. More than likely I could have walked by this snake many times and never would have seen its eyes or the few scales that were exposed. The mingled orange, brown, and greyish colors of the snake are camouflaged perfectly in the desert sand. The snake has eyes on the top of its head rather than on the side so it can bury itself in the sand with only its eyes out of the sand looking for prey. It feeds mostly on lizards and geckos. These are short stubby snakes, only a foot or two in length.
While this snake is venomous, the venom is weak and will cause swelling and pain to humans but not death. It gives live birth to its young and has a life span of about ten years.

Back To Top
Home 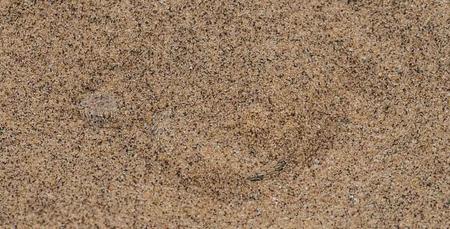