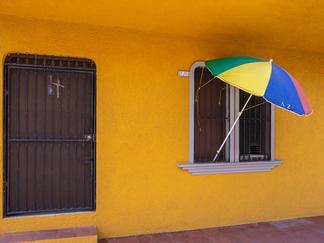 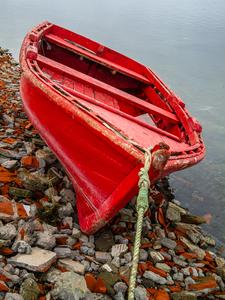 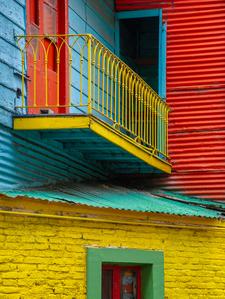 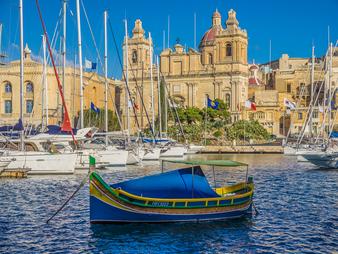 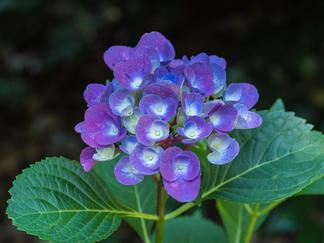 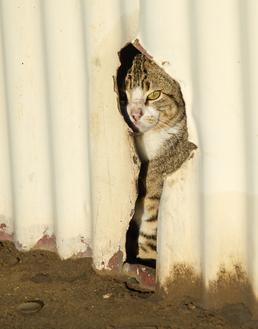 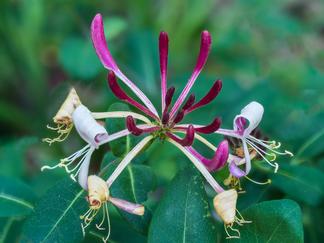 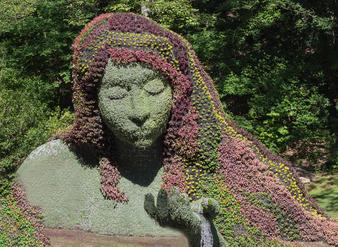 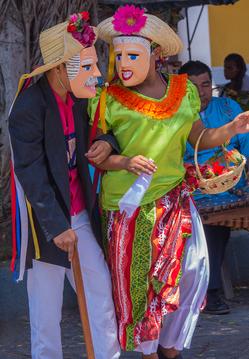 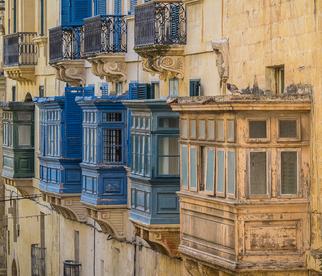 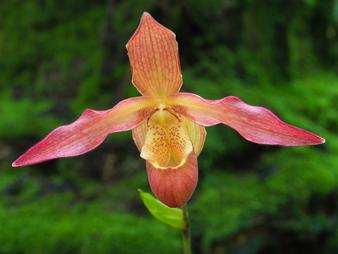 The Atlanta Botanical Garden is only about a 40 minute drive from my house so I like to visit each year. The Atlanta Botanical Garden was founded in 1976 in Midtown Atlanta, GA joining Piedmont Park. The garden is 30 acres and is comprised of several different garden themes, some indoors and some outdoors such as a children’s garden, and orchid garden, and a canopy walk. The GPS location for the garden is:  33°47'31.998" N 84°22'21" W
This particular visit was May 26, 2017. I was the guest of Judy Lippman, a gardening friend of mine who has an annual membership to the garden.
Earth Goddess Sculpture covered in plants and next to the waterfall
I have been unable to identified this plant  A dark background was selected to enhance the flowers.
Hydrangea -
Orchid -
Gold Flame Honeysuckle - 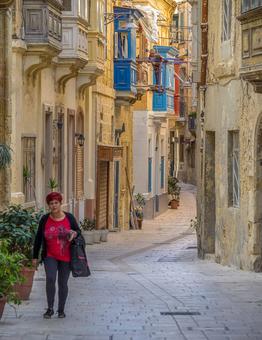 There seems to be no apparent theme to this week’s “Picture of the Week”. It looks as if there are four completely different pictures but they each share something in common with each other. First, all were taken in South America. Second, each picture is a vertical composition. Third, and more importantly, each picture is a small slice of a larger view. They are what I refer to as “the little pictures”.
A.       A  wheel barrow was sitting in the shade behind the Hotel La Leona which is south of Lago Viedma and along Río La Leona in the Patagonia region of Argentina. A bathroom window and lamp light on the outside wall add interest and balance.
B.      No, this is not the one-eyed cat peeping in a seafood store but a cat peeping out a hole in a metal storage building in Experazo, Argentina. As I remember this was a restroom break at a gas station. I usually take my camera with me at various rest stops because one never knows when a photo opportunity will arise. The sun was directly behind me and my biggest problem was getting in position quickly while keeping my shadow out of the picture. Two shots and the cat disappeared.
C.     This row boat was pulled up on the man-made shore at Fisherman’s Pier in Puerto Natales, Chile. Puerto Natales is a port city on the Señoret Channel in Chile’s southern Patagonia. Most of the boats were larger ocean going fishing boats. The “beach” area was made of broken tiles and cement fragments. In the light fog the colors of the tile pieces contrasted nicely with the red in the boat. The trick here was to eliminate distractions in the background and portions of other boats on either side.
D.     La Boca is a neighborhood of the Argentine capital, Buenos Aires. This neighborhood was formed by early European settlers mainly from Genoa, Italy. These immigrants built their houses using materials that were available such as scrapped fishing boats and scrap metal. The colorful painting created a patchwork effect for the area. What you see is only one small part of a building in La Boca. The lower level is a shop while living quarters are on the second floor. 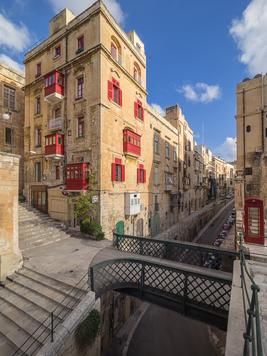 The island nation of Malta is located in the Mediterranean Sea between Sicily and the North African coast. Malta has many historic sites, some dating back to 4000 B.C. Over the years there has been a long list of rulers with each one leaving his mark. My last time there was on a Mediterranean cruise November 30, 2015. I wanted to get the most out of my day in port so I arranged for a photo guide to meet me and show me around. I was not disappointed because Dragana Rankovic, (photographmalta@gmail.com) (phone 7-979-1976) took me to places that I would not have found on my own. We visited two cities, Valletta and Vittoriosa. They are on nearby islands separated by water and accessed by a short ferry ride.
A.     This is a vantage point that I would not have found on my own. We are looking down a street in Valletta from an upper level. Across the street are steps accessing levels above and below. Notice the red balconies of the building across the street and the red telephone booth on the right side.
B.     Along a street going down to the harbor is an old residential building in Valletta.  This is a good view of the balconies, some open and others enclosed.
C.     The harbor of Vittoriosa.  The foreground was in shadow so this picture is a HDR utilizing three different exposures.
D.     A woman is walking up a street in Vittoriosa. Again, notice the balconies on the second floor of the apartments.

Granada is a historical Nicaraguan colonial city on the eastern shores of Lake Nicaragua. The city was founded by the Spanish in 1524. Most tourists can be found photographing the colorful main plaza, Central Park, and the dominating façade of the Cathedral of Granada. While these are indeed good subjects to photograph and ones that I captured as well, here I want to show a slice of life on the streets of Granada.

A.      You are looking at the window of a money exchange office. What I thought was clever was the use of an umbrella attached to the side of the window to shade the afternoon sun.
B.      Facing Parque Independencia is the Fitzcarraldo Café & Bar. This place is really known for its coffee. What caught my attention was the red table and chairs. This was an attractive open air but covered space facing the plaza. I also liked the colorful reflections in the glass doors. These reflections seemed to bring life to what is usually just uninteresting glass.
C.      In the center of Granada was a folk lore celebration with music and dancers. These are two folk dancers with part of the band visible in the background. 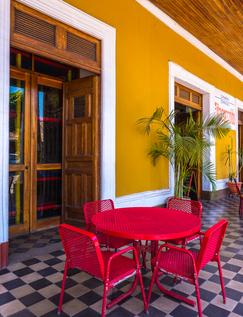 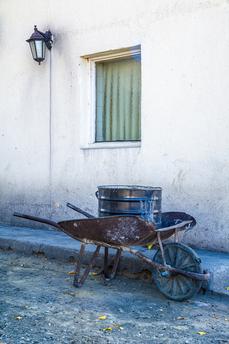 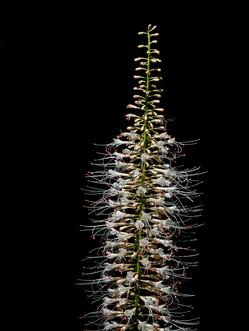