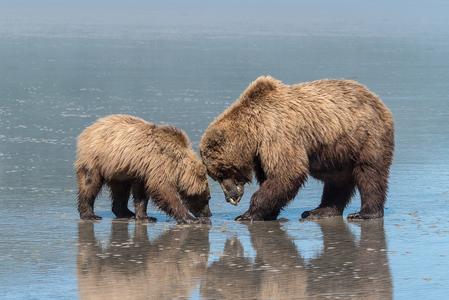 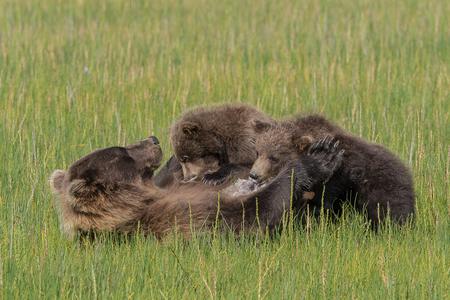 This week is for the birds, but not just any birds. Attached are a few birds from the Pantanal region of Brazil which happens to be the world’s largest wetland. Many people venture to the Pantanal to look for and photograph jaguars, myself included. The Pantanal is also blessed with a large variety of birds, six of which I have included here.

A. Two Hyacinth Macaws hanging upside down from a wire. I was ready to photograph a single bird sitting on the wire when to my surprise a second bird flew up and both flipped and hung by one foot.

B.  A Great Potoo sitting on a tree limb. This bird is a master of camouflage. The first time I saw a smaller common potoo I thought it was a part of a tree until a guide had me look through his spotting scope.

C. Three Chestnut-eared Aracari sharing some fruit. I could not have asked for a better pose with the way their heads are turned.

D.   A pair of Black-capped Donacobius in their habitat of reeds and brush. It is nice that one bird is looking to the right and the other to the left. They are busy little birds so catching two still at the same time was not easy.

E.  Rufous Hornero on a wire. I was photographing this bird in flight and caught it just as it landed. One wing was still open for balance.

F.   A White Woodpecker on a dead tree. White woodpeckers are unique and their yellow eye ring is striking.

G. This sunset is a case of being prepared. I was photographing the setting sun framed by trees when I saw a Cocoi Heron flying into the scene. I quickly shot three frames: this one, a second with the bird somewhat in the middle of the sun, and a third with the bird flying out the right side of the sun. The bird is not tack sharp because it is somewhat closer than the trees which were my point of focus. However, for a silhouette I do not consider the focus a major problem. 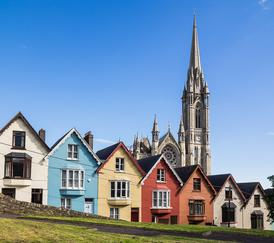 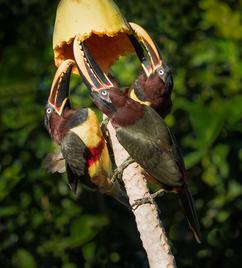 Cork, located in south-west Ireland is home to a wonderful natural harbor, the second largest natural harbor in the world after Sydney. Entering the harbor from the sea will take you past the maritime city of Cobh which is situated on an island in the harbor. This was the ill-fated Titanic's last port of call in 1912 before heading across the Atlantic. Cabh is also where millions of Irish emigrants departed from for the new world during the potato famine. Next is the Cork city harbor which is deep in history, maritime stories, and legends.
Cork had its beginning in 915 when the Vikings made a settlement there. It is also located on an island in the Lee River and over time has expanded to both banks of the river.

A.      This panorama is a view from the banks of the Lee River looking directly at the Gate at N. Main St. with Kyrl's Quay street to the left and Bachlor's Quay Street to the right in the city center.

B.      Cork is located on a hill that slopes down to the river. These streets are a few blocks above the river.
C.      Houses along Westview Street with the steeple of the 18th-century Shandon Church in the background.
D.      Another view of the houses along Westview Street looking down towards the harbor and river.
E.      Boats tied up in the harbor of Cork.
F.      Pilot boat making a turn to come alongside in the harbor of Cork to pick up the pilot for our ship, the *Regal Princess*. 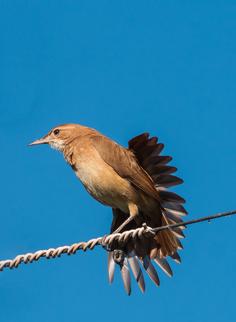 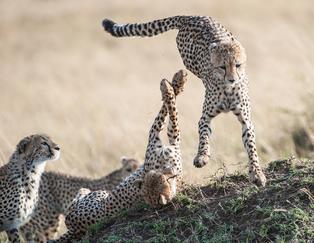 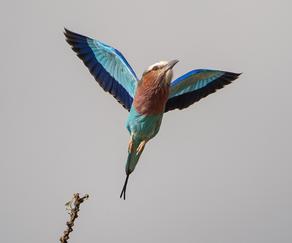 This week takes us to Kenya and the Masai Mara. Staying at exceptional tented camps puts us in the middle of the Mara where game viewing is literally right outside of our tents. I would judge the Masai Mara in Kenya and the Serengeti in Tanzania to be the top game safari areas in the world.
Let's start with the local people, the Masai Tribe. The Masai usually live in groups of huts called Kraals. The huts are built of sticks, mud, cow dung, and grass. The Masai are a matriarchal society so the women build the huts, bring the water, collect the firewood, milk the cattle, and do the cooking. The men are warriors in charge of security and are also responsible for constructing a fence around the kraal. This fence is made with acacia thorns which keep the lions out and the cattle in at night. During the day young boys heard the livestock. Young girls help their mothers. Cattle and children are the most important aspect of the Masai people. The more cattle and children a Masai has the richer they are considered.

A.      The Masai women of the village singing a song. I had to get down on my knees to remove    an unattractive background and make the women and clouds more prominent.
B.      Masai women constructing a house.
C.      Topi standing on a huge ant hill to guard the rest of the antelope herd. The plains beyond contain hundreds of grazing antelope, zebra, and  wildebeest. The Topi have keen eyesight and will sound an alarm should a predator appear.
D.      Burchell’s Zebra fighting.
E.      Cheetahs playing.
F.      Crowned Cranes.
G.      Lilac-breasted Roller flying from its perch. 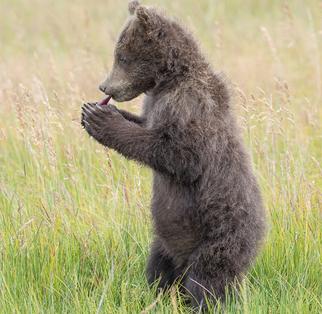 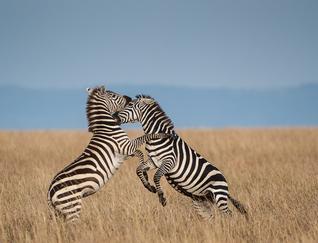 I was in Axum, Ethiopia January 22, 2007 looking for a historic body of water called the Queen of Sheba’s Bath. I asked directions from a young girl who was coming my way. She said that I was almost there and pointed the way. I thanked her, praised her English and asked her name. She told me her name and I have long forgotten what it was, but I will never forget what she told me next. She said “I am a very bright student”. I took her picture and we each went our way. Ten years later I look at her beautiful eyes and hear her clearly telling me that she was a very bright student. She would be a grown woman now and I do wonder what she is doing. There is nothing special about the photograph, a typical travel portrait taken in soft late afternoon light with a clean background and sharp focus.
It is the memories that the photograph brings that are priceless. This is one of the reasons that I love to travel. 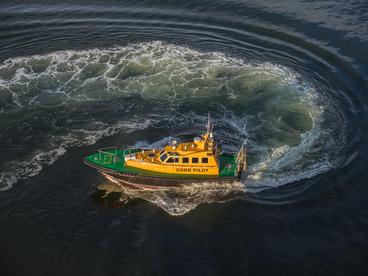 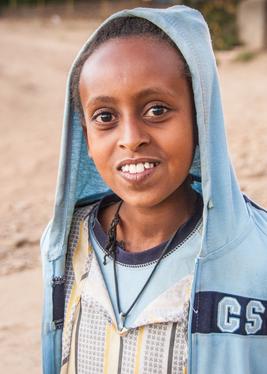 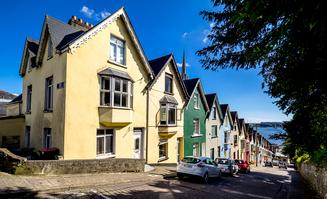 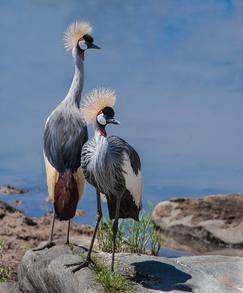 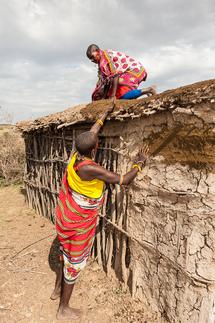 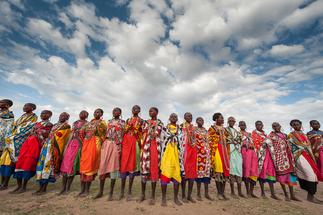 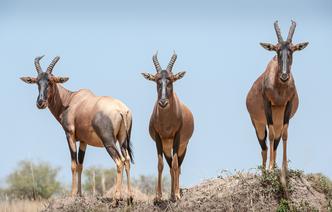 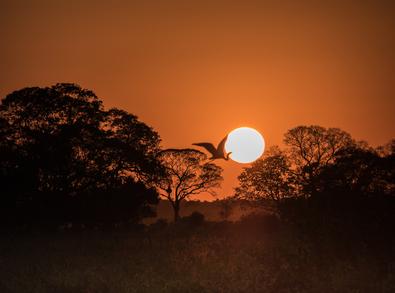 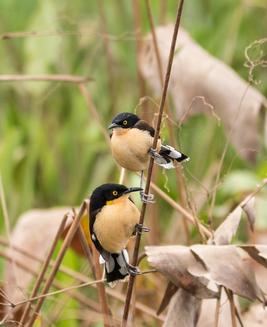 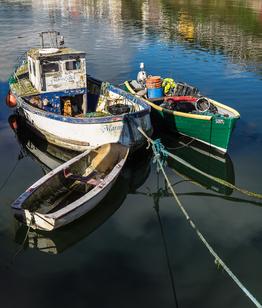 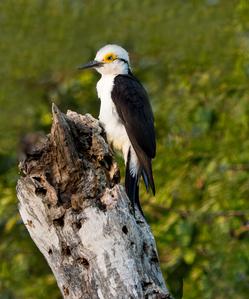 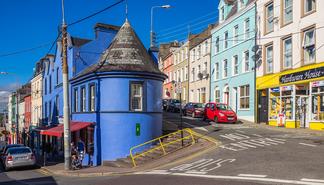 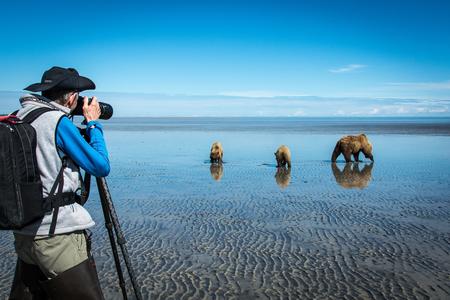 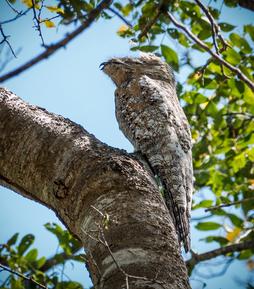 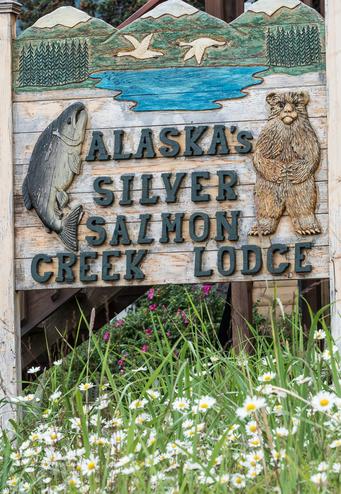 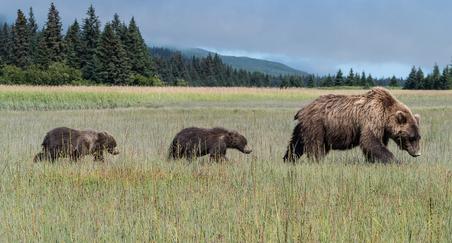 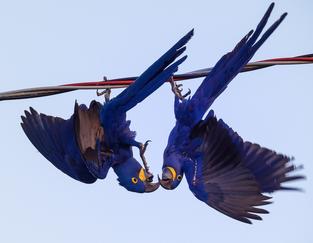 July 25, 2017 Dr. James (Jimmy) Day and I flew to Anchorage, AK to photograph brown bears. Our arrangements had been made with David Coray, owner of the Silver Salmon Creek Lodge. The lodge is located southwest of Anchorage on the Cook Inlet in the Lake Clark National Park and Reserve (GPS 59=C2=B059'15" N 152=C2=B039'34" W). There are no roads in or out. Access is only by air or water. After an overnight in Anchorage we were scheduled to fly to the lodge the next morning with Tim Smith Air. That particular morning the weather was miserable and nobody was flying. By mid-day conditions had not improved so David Coray made other arrangements. In addition to the two of us there were two groups of about seven to nine people each also scheduled to fly to the lodge that day. With that many people David arranged for vans to collect everybody in Anchorage and drive us to the Deep Creek Campground in Ninilchik, AK. This was about a four hours drive. At Ninilchik two boats would then take us across Cook Inlet to our lodge, another hour plus ride.
Jimmy and I had booked six nights at the lodge and being just two people gave us great flexibility each day. We were assigned Brian Roberson as our guide for the week. Meal times were set and everyone at the lodge ate at the prescribed times. Otherwise we could go out at first light before breakfast, after breakfast after lunch and after dinner until dark. This might be a good time to say that every meal was excellent. How the chef and his staff were able to prepare such fine meals in such a remote location boggles the mind. From time to time a couple of people would fly in for a day or maybe one night and would join us, but most of the time it was just Jimmy and me with Brian who transported us around the area in a trailer pulled by a four wheeler. Generally there were usually some grizzly bears in sight. The bears seemed to pay us no attention and many times we had to move because they were coming too close. I do not know how close they would have come because we would move back when they approached to within about 40 feet or so. While this post is only about bears, we did photograph other things such as birds, other animals, and flora. The salmon had not begun their run so we were not able to photograph bears fishing. On the other hand there were a lot of bears clamming during low tide. We got a big laugh watching a first year cub digging for clams. He had watched his mother dig out pacific razor clams but the cub did not have a clue as to how to find clams. He would dig and dig until his hole was as deep as he could reach. He found no clams and would move to another location to begin digging again. He will be a champion clam digger once he learns that his mother found the clam by smell.

B.    Grizzly sow with spring cubs in a meadow

E.    Sow eating a clam while 2nd year cub looks for its share.

G.    Sow nursing spring cubs. *I particularly like the way the mother
bear is holding the cubs with her paws.* 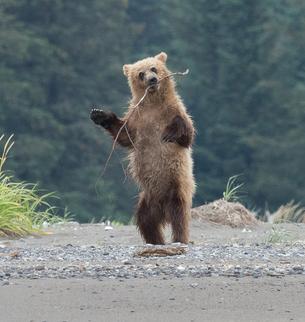