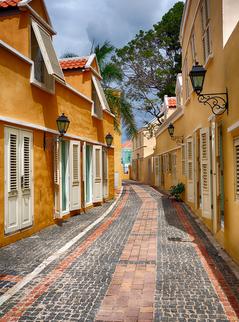 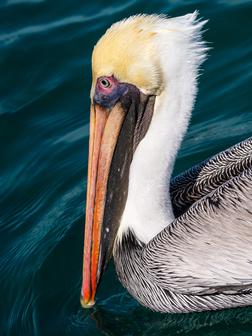 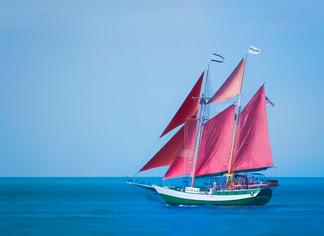 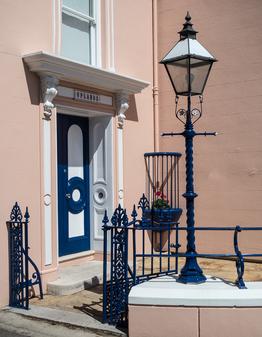 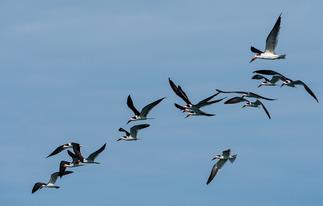 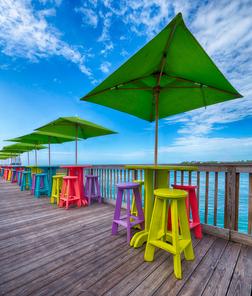 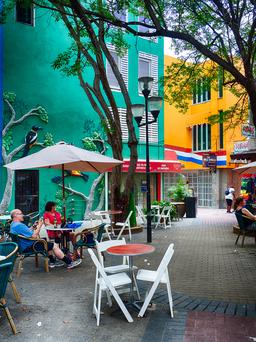 It saddens me to see the pictures in the news from Key West after Irma has passed through. Hurricanes are not new to the Keys and things are rebuilt
and nature grows back. All of that takes time, money, and effort.
Attached are pictures from happier times.
A. A marker at the southern-most point in the USA
B. Table and stools along the Key West waterfront
C. Brown Pelican
D. Tables and chairs in front of a restaurant along the waterfront
E. Sailboat off the coast
F. Black skimmers, Rynchops niger in flight over the harbor 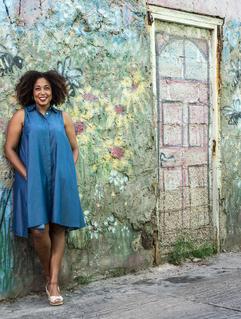 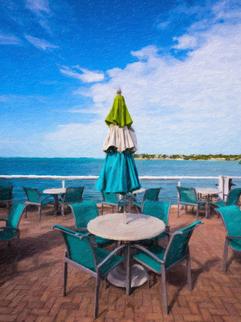 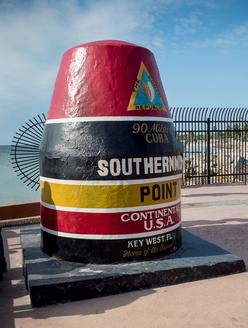 Home
Back To Top 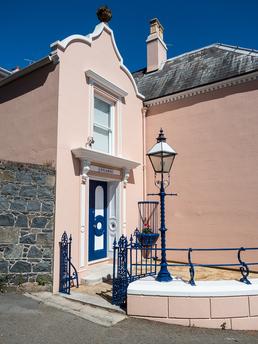 This week we are again in the Caribbean island of Curaçao. I mentioned a couple of weeks ago that the capital city of Willemstad had a lot to offer a  photographer. After seeing the red wall w/white door and the tree, my friend Ithamar, who lives in Israel, gave me a challenge to show more. I will narrow it down to five different scenes around Willemstad.
Willemstad is divided into two separate areas by St. Anna Bay. Cruise ships dock at the Mega Cruise Terminal on the left (west) side of the bay. Exiting our ship I walked east along the Caribbean until I came to St. Anna Bay. Not far up the bay is the 548 foot long Queen Emma Pontoon bridge which connects the two sides (Otrobanda and Punda) of Willemstad. See photo A. Note: the bridge swings open for water traffic using two diesel motors attached to one end of the bridge. When the bridge was constructed in 1888 it was free to those without shoes. Now it is free to everyone. When the bridge is open a free ferry takes people across. After walking across this pedestrian bridge I arrived at the Punda side. This is a very compact area filled with narrow streets, shops, an old fort, and the floating market B.
After crossing the pontoon bridge I walked a few blocks to the left and arrived at the Waaigat, a small body of water perhaps a couple of miles in length. The floating market is located where it joins St. Anna Bay. Even though it is called a floating market, the market itself is on land along a long docking area. Boats mostly from Venezuela arrive early each morning and tie up to the dock behind the stands. The locals come here to buy fresh fish, fresh fruits and fresh vegetables. Just beyond the floating market is the covered Round Market selling just about everything else.
I spent the day wandering in some very out-of-the-way streets and places. Before I ventured out I asked two different policemen if there was an area or place that I should not go. The answer was no, everywhere was safe. While visiting a museum I struck up a conversation with the woman running the museum. When she found out I had an interest in photography she suggested I see some nearby street art. With her directions I found the area and this is where I met Evita Sanches, a local model, who was in the process of a photoshoot. I asked her to pose and she graciously accepted. Picture E is from that series.

Have you heard this saying: "Less is more"? Here are two pictures that seem to me to demonstrate that sometimes less really is more.
This week we are in the Channel Islands. I happened upon a nice looking building on Uplands Road in Peter Port, Guernsey UK. Picture A is my first shot. This first capture certainly documents the building complete with roof, chimney, and walls (stone on one side and painted block on the other side). With a record shot completed, I then began thinking how I could make a stronger picture.
This brings us to Picture B. I found that if I moved a little closer and used a slightly longer lens setting, I could eliminate the top of the
building, the rock wall, and most of the blank wall on the right side. By doing so I would be featuring what I deemed to be the most attractive elements, which are the gate, the lamp, and the entrance. So, it seems to me that in this case "less is more".